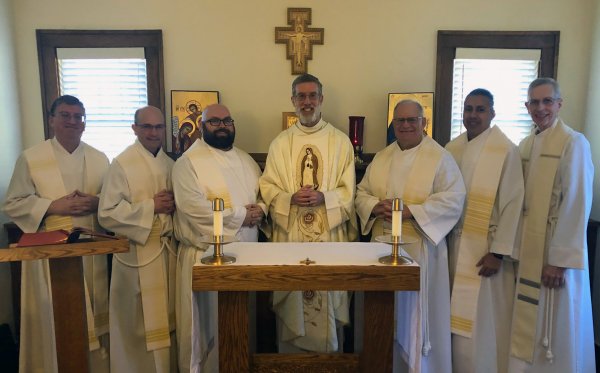 The IPF Priests of Saint Joseph currently has seven members in various stages of affiliation. Fr. Rich Gabuzda and Fr. Jim Rafferty live as internal members in Omaha as incardinated priests of the Archdiocese of Omaha while serving in full-time ministry with the Institute for Priestly Formation.

Having completed a two-year period of formation, four priests have entered temporary profession. They profess vows on an annual basis, renewable for five years, at which time they may make permanent consecration as Priests of Saint Joseph. Fr. Andy Gehringer of the Diocese of Allentown, PA, serves as pastor at Holy Infancy Parish in Bethlehem, PA. He celebrates Mass each weekend in English, Spanish, and Portuguese. Fr. Rob Cadrecha is a priest of the Diocese of St. Petersburg, FL, and shares his priestly ministry in Saint Jerome Parish in Largo, as well as helping with retreat spiritual direction. Fr. Josh Brown from the Diocese of Grand Island, NE, is pastor of Saint Patrick’s Church in North Platte, NE, and Fr. Jorge Garcia of the Diocese of San Bernardino, CA, oversees Saint Junipero Serra House of Formation.

Recently, Fr. Jeff Eirvin of the Archdiocese of Portland, Oregon, was accepted as a candidate. Fr. Eirvin, who is Director of Vocations and President of the National Conference of Diocesan Vocation Directors, will spend two years in formation. Fr. Nicholas Cachia, a priest of the Archdiocese of Malta, joined the IPF Priests of St. Joseph several years ago.  Three years ago, he began treatments for cancer.  Having offered his illness for the good of priests and the growth of our Association, Fr. Cachia died on July 28, 2021.  We now count on his intercession together with that of our patron, St. Joseph.

Please pray for the IPF Priests of Saint Joseph that the Father will guide us and protect us so that we may remain faithful to the call he has entrusted to us in imitation of Saint Joseph. 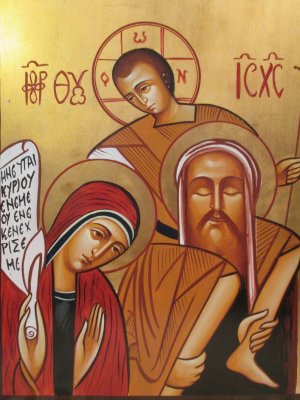