In Honor of the IPF Founders 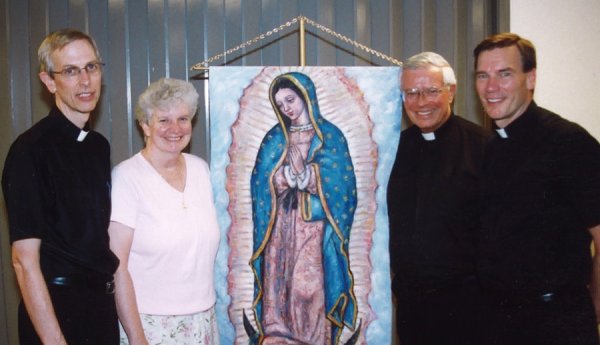 A gift from a small group of donors established an endowed fund in honor and recognition of the original four founders of IPF, Rev. George Aschenbrenner, S.J.,
Rev. John Horn, S.J., Rev. Richard Gabuzda, and Kathleen Kanavy to pay tribute to their dedication, inspiration, and service.  An idea inspired by the Holy Spirit, that began in the silence of retreat, became the Institute for Priestly Formation.

You are invited to contribute to this endowed fund by opening a named fund with a minimum gift of $25,000 as a tribute or memorial honoring a family or friend. You may also donate any amount as a gift to an established named fund, as a general recurring gift, as a one-time gift, or as a gift through your will or trust.